We are Grow Architects, a team of Architects in Bristol that specialise in house alterations, extensions and loft conversions in easy travelling distance of surrounding areas Bath, Somerset and the South West. 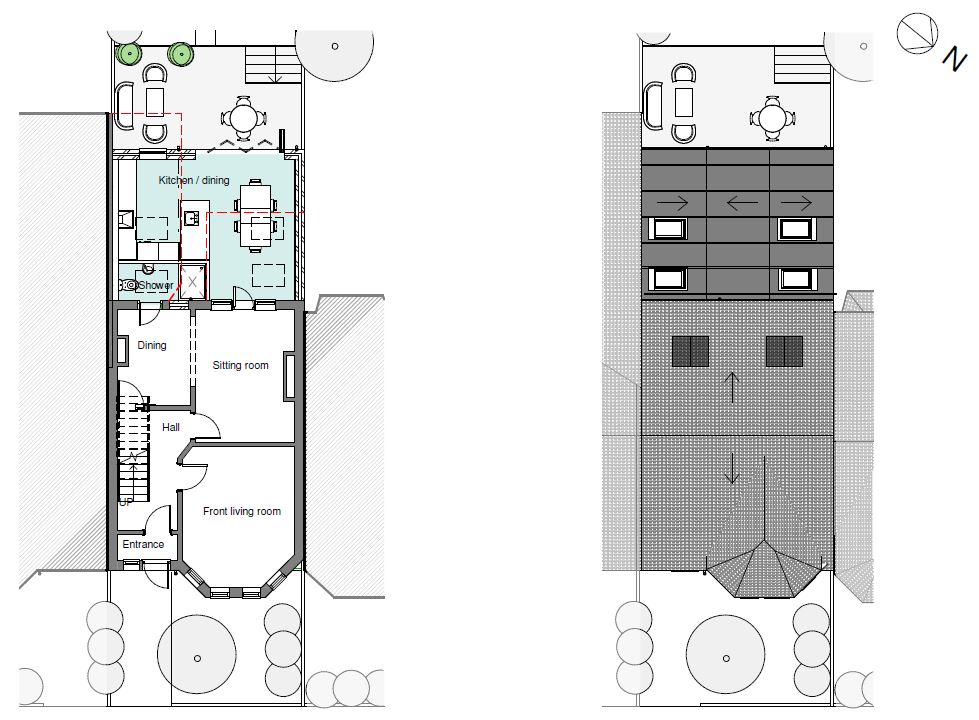 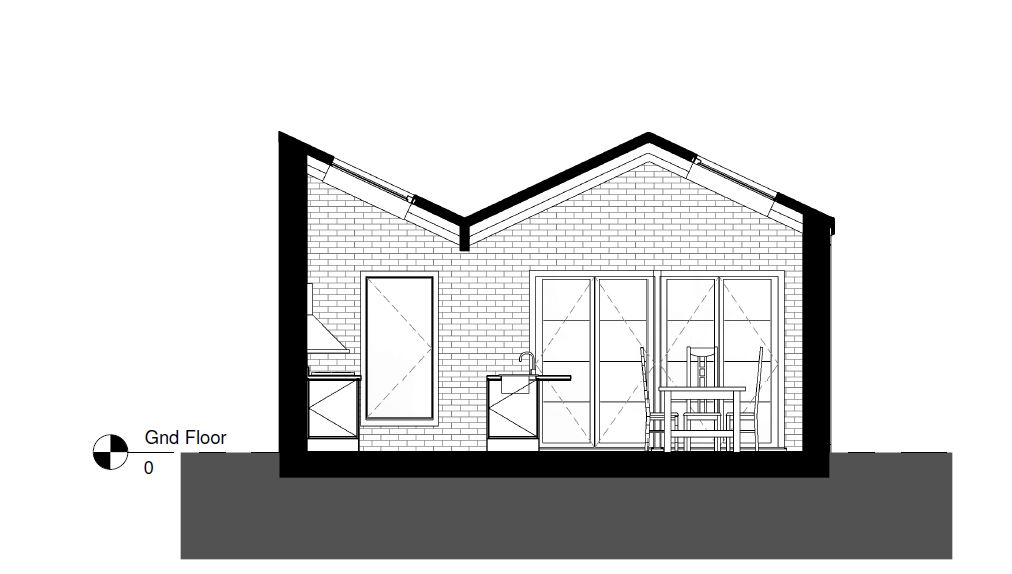 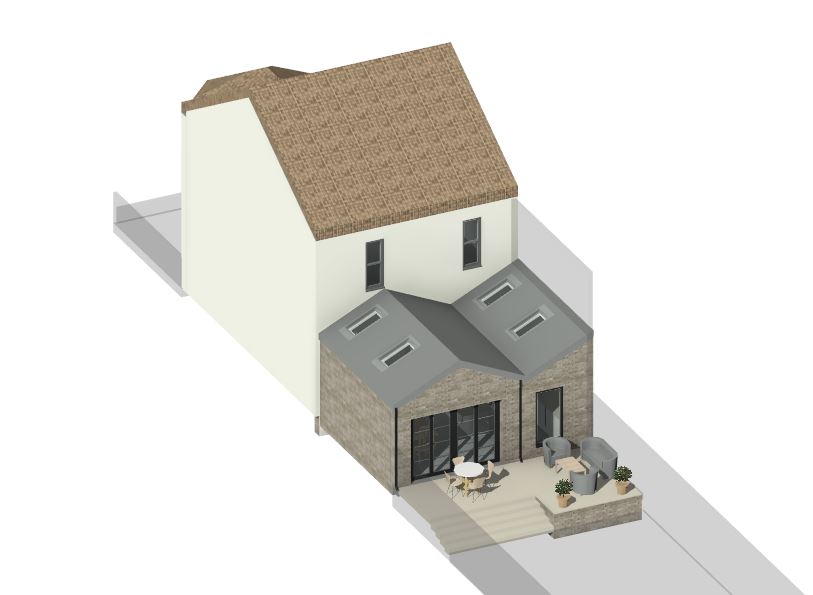 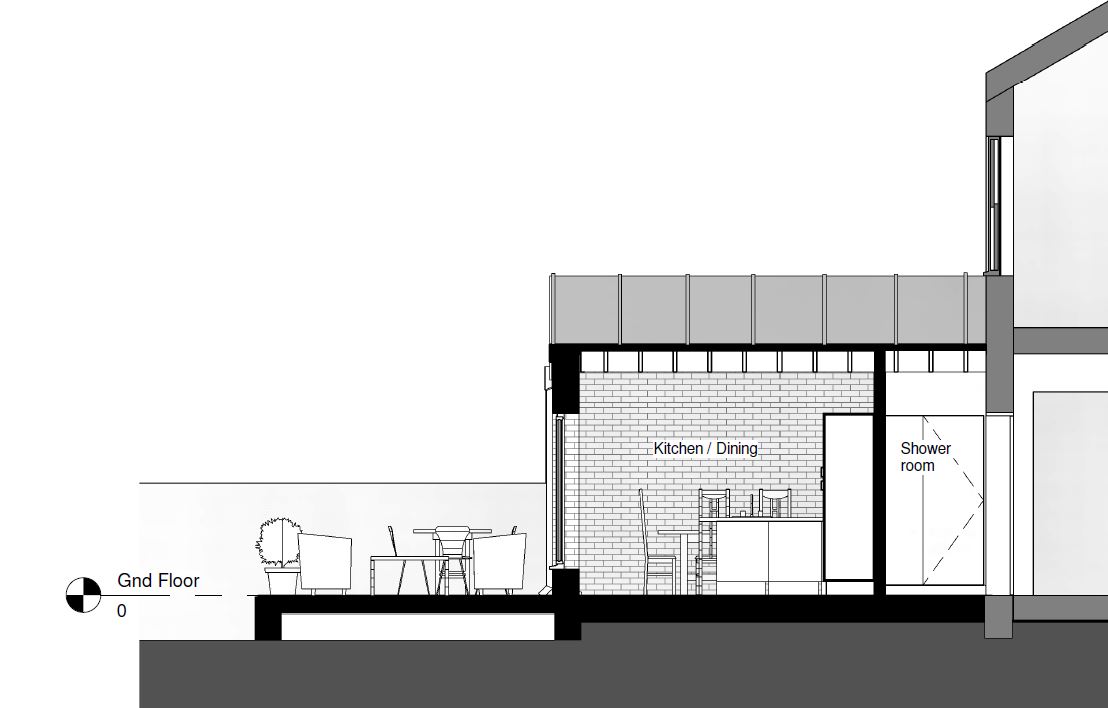 The project consisted of the demolition of the existing kitchen and conservatory, for a proposed new rear extension. The proposal was sympathetic to the existing house, with a folding roof which would define the separate areas, whilst gaining as much light as possible into the space. Internally the new proposal encompasses a new open plan kitchen, dining area and shower room.